Abenezer has no memories of his father and faint memories of his mother. His first memory of BCI was when he met a group of missionaries who were teaching English class and Bible study at his church. He also remembers the great excitement he felt when missionaries visited him in his home. 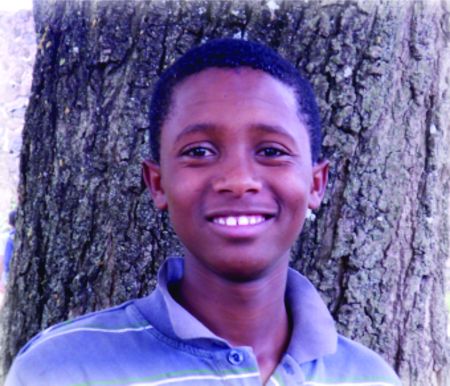 Abenezer has been sponsored for six years and the transformation is truly inspiring. Our BCI President recently sat down and spoke with Abenezer, who shared what he has been up to.

For the past several years, Abenezer has been attending University. He will be one of the first BCI students to graduate from University. In June of 2018, he will receive a Bachelor of Science College (BSC) degree in Applied Biology. He plans to teach biology at the high school level for several years and hopes to return to university to receive his Master of Science College (MSC) degree. 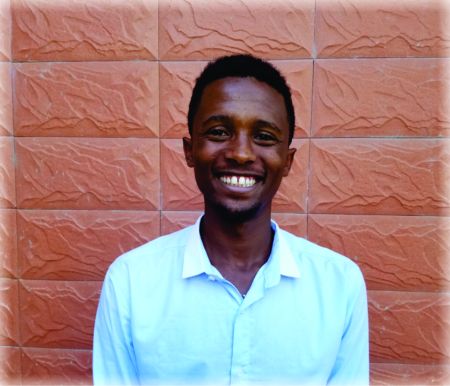 Abenezer is bright, articulate, and has dreams for the future. We hope you enjoy learning more about the impact of BCI on his life, in his own words.

“First of all, my life wasn’t stable when I lost my mom and dad. I was living with my aunt. Before I joined the program life was not stable. After I met up with missionaries I tried to communicate with them, so my English developed.

They (BCI) provided me with school materials, clothes, food, so I became more stable. It was very difficult to stay in university without having mom or dad or family. You have to have somebody who has to look after you and take care of you. No one was there for me but the program has supported me very well.

There were times when I wondered what would my life be (without BCI). It wouldn’t be like this. I might not get an opportunity to go to school. I might not get an opportunity to leave (his difficult home situation) because there were things that were not comfortable, even when I was living with my aunt. It (BCI program) has been a good help to my life.

My future plan is to have my own work and help my family, and if I get a chance, I want to support some kids who are in the program because I have been cared for by some people and I want to do back what they have done for me.

I would like to thank (my sponsors) for supporting my education and everything for their support. May God bless their family and provide everything that they need.”

We invite you to watch the full interview at the BCI YouTube channel:

Abenezer is one of three BCI students graduating from university this spring. He will join Selamawit Teklemuz (Construction Management) and Mekedes Shisema (Applied Biology) as the first BCI class to graduate from university.